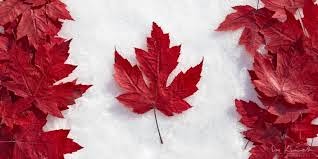 Yeah, you know I like numbers, so do you want few fun, nerdy-number facts about my home country?

2: Canada is the second-largest landmass

4: The number of Canadian provinces on the day of Confederation

9: The number of Canadians who have travelled to space

12: Academy Awards given to National Film Board productions

56: Canadian-born celebrities with stars on the Hollywood Walk of Fame

8,892: The length, in kilometres, of the border between Canada and the USA, which is the world's longest international boundary


So, if you're Canadian, do you have any other fun, nerdy-number facts about our country?

...and if you're not Canadian, what are some fun, nerdy-number facts about your country?
Posted by 1000th.monkey at 7:01 AM