Happy Year of the Wood Sheep (or goat?)

It's the end of the Fire cycle, and onto the Wooden cycle!

...and it's the year of the sheep! The lucky 8th animal of the zodiac calendar!

Sheep is one of Chinese favorite animals. Sheep's Chinese character is

Wei. The Chinese character of Luck

is Xiang, which is close to Yang

. Therefore, Sheep becomes a lucky animal. The sound of

Yang is same to

Yang means the positive energy in the universe.

Something you probably don't know about me is that I have a name seal/stamp with my name written (phonetically) in Chinese characters. Honestly, I can't even remember where/when I got it since I've had it so long, but I think I might have gotten it on a field trip when I was in elementary school. The other kids bought candy. I bought a name stamp. Yeah. I was weird back then too. 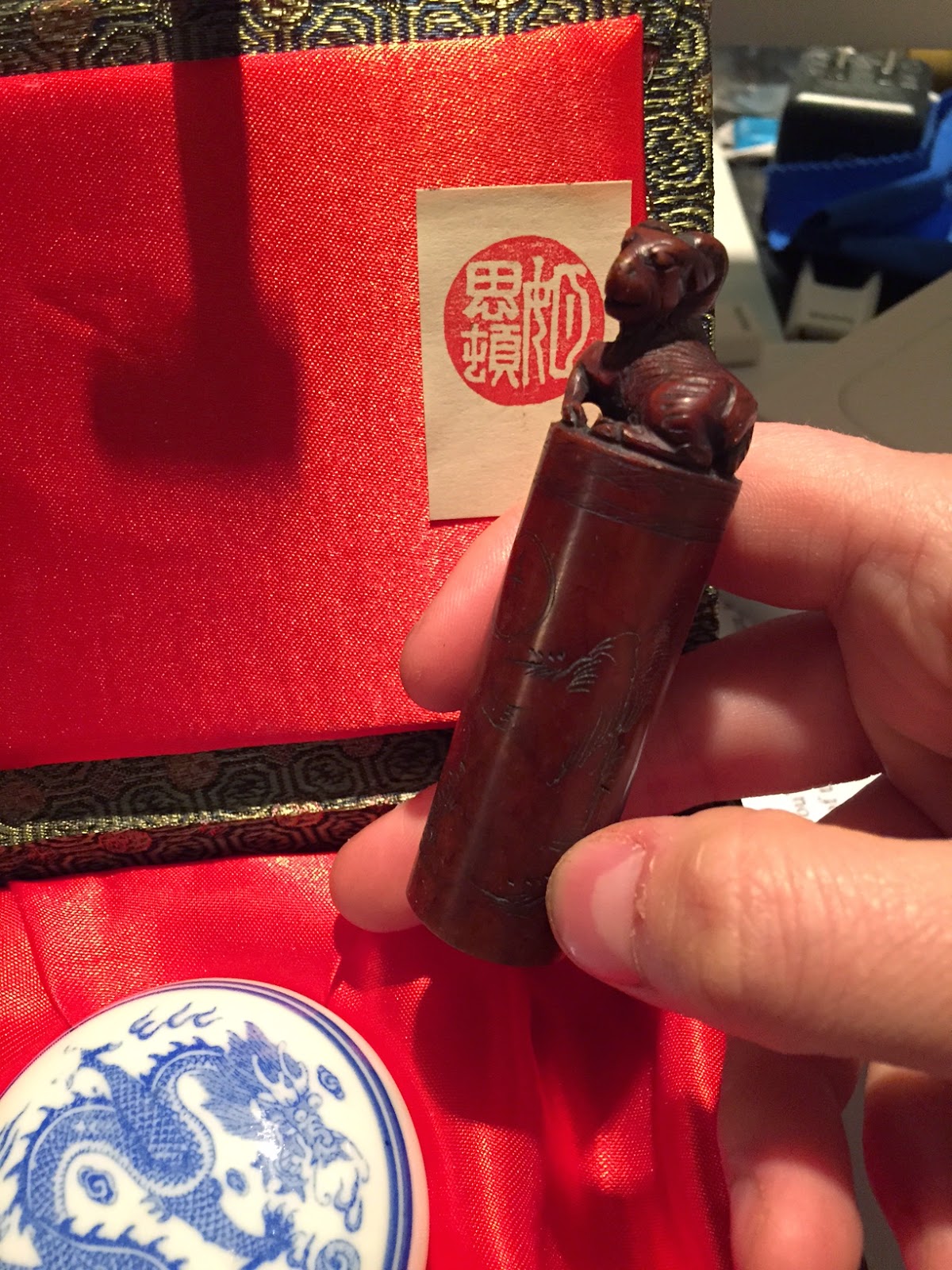 You can see an example of it stamped on the small yellow sticky note. One of these days I should actually look up the characters and find out the meaning of characters...

(I can also write my name in Katakana Japanese characters -> my 1st grade teacher, Ms. Morioka, taught me. I can also write it in Egyptian hieroglyphs. Yeah, I'm nerdy like that.)


Oh, and since there's always the confusion of whether it's supposed to be goat/sheep/ram, here:


Actually, Chinese people are also not quite sure about that. In Chinese the word 羊 (yáng) is a generic term, and can refer to a sheep (绵羊), goat (山羊), ram/buck (公羊 male sheep or goat), 羚羊 (antelope), etc. There is a lack of clear definition on the zodiac "Goat" in Chinese history.
However, most Chinese people and experts on folklore believe that the Chinese zodiac animal is the Goat, not the Sheep, and they have some evidence to support their idea...
Firstly, the Chinese zodiac is an invention of the Han Nationality, and goats were widely raised by the Han people (unlike sheep), so the zodiac animal is more likely to refer to a goat.
Secondly, a Goat image often appears on Chinese zodiac stamps, New Year paper cuttings, and New Year paintings (not a sheep).
Thirdly, the Goat was one of the 12 bronze statues of the Chinese zodiac at the Old Summer Palace. Although its head was lost, its present reproduction according to historical records is the image of a goat.

But since sheep are cuter and goats are evil (seriously... they bite), I'm still going with sheep ;)

For a fun time waster you can go here and click on your animal to see your fortune for the coming year.
Posted by 1000th.monkey at 7:36 AM